Congratulations to  LC student Grace Maher won both the South East region and a scholarship to Limerick Institute of Art and Design. Big thanks  also to Ms Garnier.

Grace Maher of Tullow Community School was declared victorious in the South East Region in the competition which sees outfits made from recycled items.

Aided by teacher Kate Garner, her piece named Element 13 was successful in taking the regional title while also landing her a scholarship to Limerick College of Art and Design.

Winners were announced in a virtual ceremony this evening.

In January Grace was one of two finalists to speak as part of Abu Dhabi Sustainability Week – ADSW Summit about sustainable fashion, budding creativity and how Junk Kouture can impact the way we treat our planet for the better. 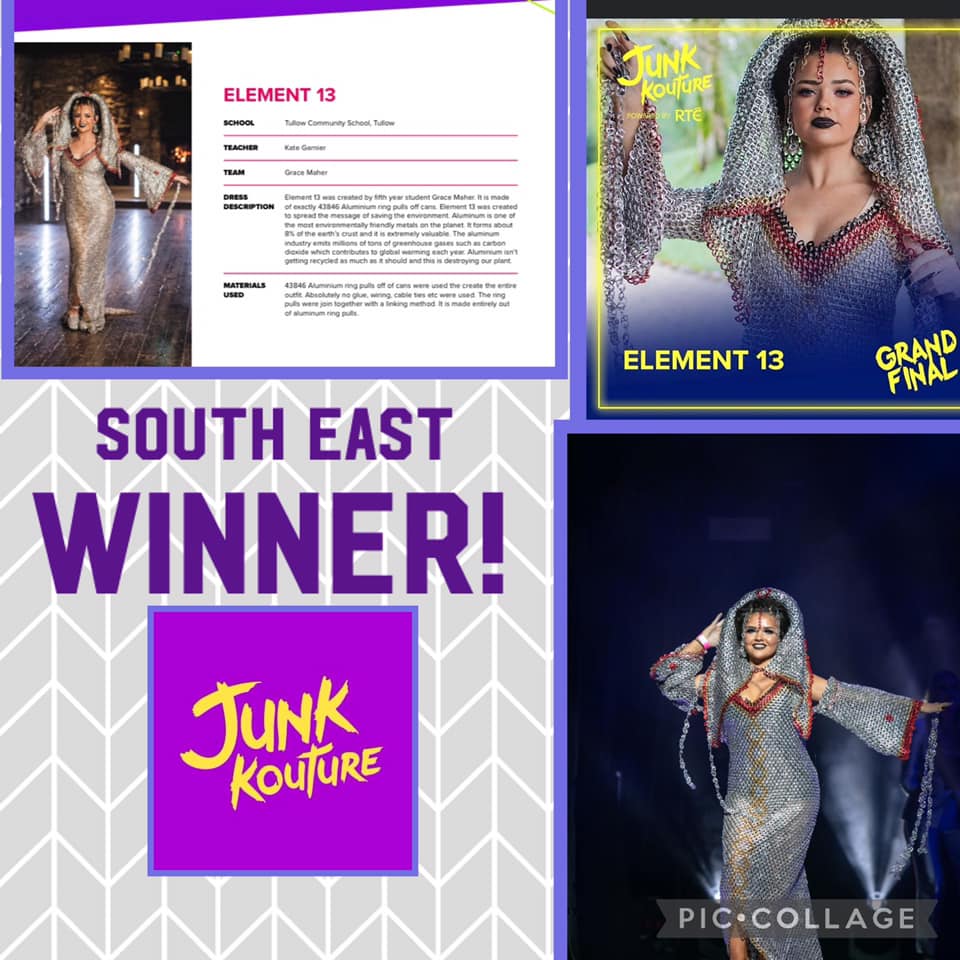