Carlow/Kilkenny 1st year division one league final
Tullow community school 3 St Kiernan college 0
Tullow community school won the south east league final on Thursday morning with a great team performance against the hot favourites and defending champions. Tullow started very brightly and surprised their opponents with there high intensity pressing and it totally unsettled Kierans who had no time on the ball. All 11 Tullow players put in the best Effort for 25 minutes of soccer that left Kierans she’ll shocked. Dylan O Reilly, Frankie Fitzgerald and Norbert Plaza where controlling the game from the middle of the park and they created the first two chances of the game with great through balls to Noah mulligan who was one v one on two occasions only for the keeper to make great saves. Tullow got the break through they deserved on ten minutes when Dylan O Reilly played a great ball to Noah Mulligan who chipped the keeper form the edge of the box. Tullow didn’t take their foot of the gas and doubled their lead just five minutes later when vented half Daniel Whelan scored from a free kick on the half way line right out at the sideline. He kicked the ball forward bouncing it on the penalty spot and when Norbert Plaza swiped and missed the ball went straight into the net past the stunned keeper.
St Kierans couldn’t get there passing game as all 10 Tullow outfield men ran and chased their opponents and they were rewarded with a third goal with the last kick of the half when cillian Doran was brought down on the edge of the box and Frankie Fitzgerald hit a screamer or a free kick into the top corner.
The second half was all one way for Kierans as they chased the game and the Tullow lads started to tire after given their all in the first half but Kierans couldn’t find a way past Conor Sutherland who was a man mountain in goal and stopped everything that came his way. With ten minutes remaining Kierans got a free kick on the edge of the box and smashed it low past the wall only for Sutherland to dive full stretch and somehow tip it around the post. From the resulting corner the ball broke to the Kierans striker 12 yards out and his brilliant shot looked to be heading for the top corner when Sutherland somehow acrobatically jumped high in the air to turn it onto the cross bar and away to safety.
Tullow held on to their clean shield thanks to the keepers heroics and deserved to win the final with a brilliant team performance.
Team
Conor Sutherland, Danny Gibson, Daniel Whelan, Oisin Nolan, David Mcgugh, Dylan O Reilly (Capt), Frankie Fitzgerald, Norbert Plaza, Harry Nolan, Cillian Doran, Noah Mulligan.
Subs Rory Gavin, Jack O Brien, Ian Fleming, Jamie Maher, Callum Murray, Charlie Brennan 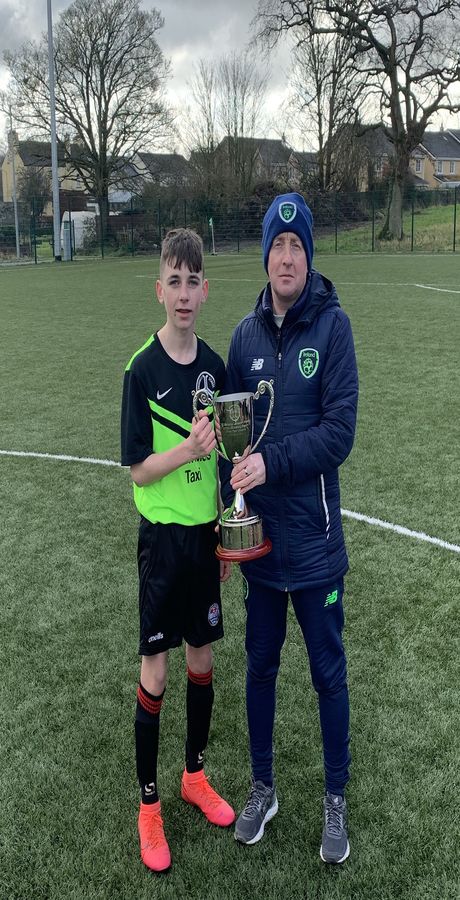 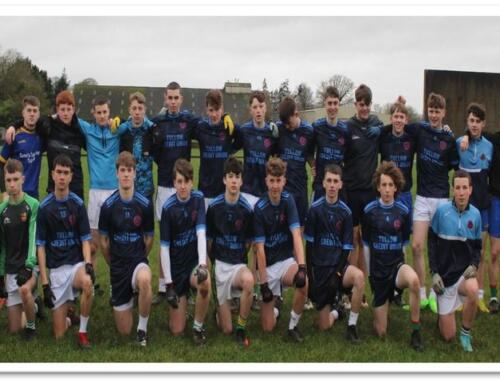 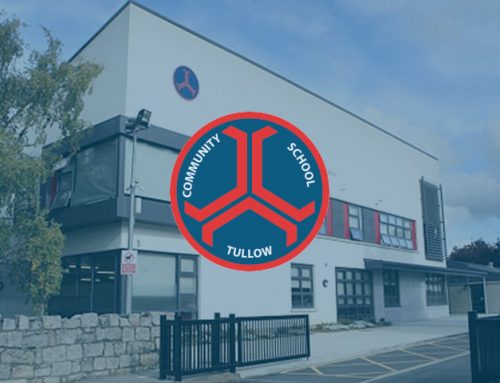 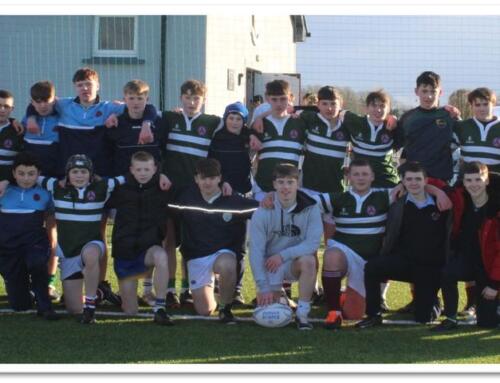 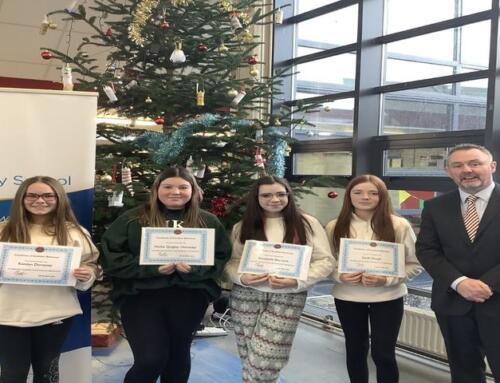