Congratulations to our junior girls who recently retained the Junior Girls Leinster Cup.

After a fantastic start to the day we had racked up three great wins out of three in the pool and Miss Kenny had managed to give several girls in the squad a run out in an effort to keep everyone fresh for the tougher games to come.

With a bye in the 4th round the girls took the opportunity to get some food on board and to take a well-earned rest. This also gave the girls the opportunity to watch Kilbeggan, the only school in our pool we had left to play. Kilbeggan were on a great run of games having also won three out of three games. With only one team coming out of the pool it was going to come down to a winner takes all game in the final round and the game lived up to its billing.

The TCS girls had to tackled hard and jump on every opportunity that came there way. Winning out two tries to one. (see attached video) Everyone watching new that this game would stand to the winners going forward to the final where St. Kevins waited from pool 1.

After a nervy start TCS finished the first half the stronger and went in at half time 2-1 up. However, St. Kevins weren’t willing to give up that easily and came back out strongly. After weathering the storm though Tullow eventually pulled away to win out 4-2. With the final whistle greeted with the biggest cheer of the day. 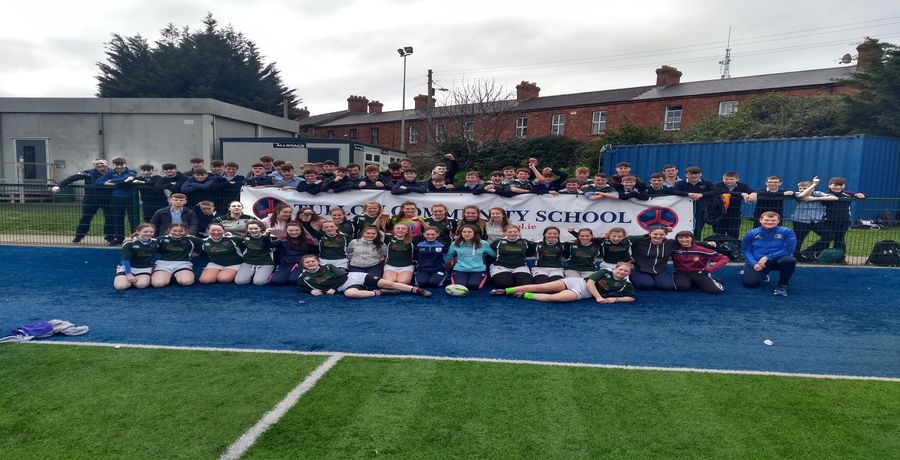 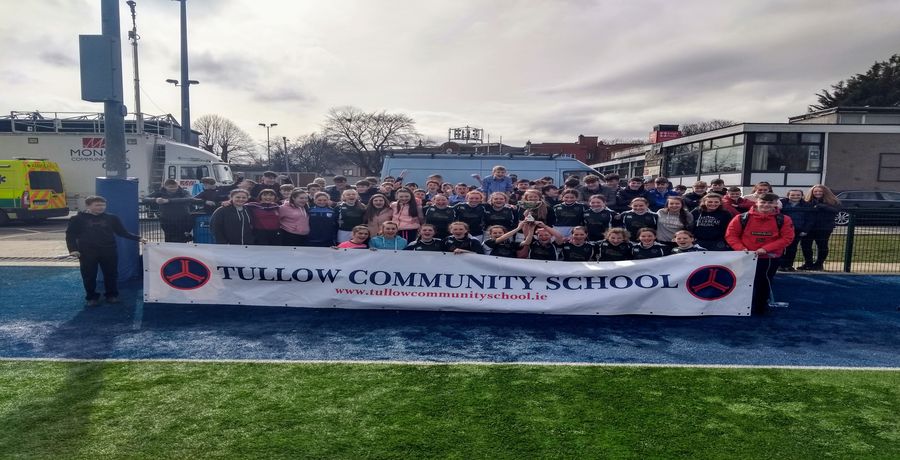