Four outfits from Tullow Community School have made it through to this years Bank of Ireland Junk Kouture regional finals this year.

There will be a regional finalists vote next week from 18th – 22nd of February and our students need your support!

Our ‘outfit re_programme’d’ was made by Frank Morris and Kacey O’Neill and modelled by Kacey O’Neill. We are both 5th year Students.

The outfit was mostly made from Bank of Ireland Junk Kouture programmes from the grand final in 2015,2016,2017 & 2018 and also Bank of Ireland Junk Kouture flags from 2015. We used over 600 circles to create the triangular shapes that feature on the front of the outfit. Our theme this year is all about how Junk Kouture is a way for everyone to express their creativity and how they can voice their opinion through their outfits E.g. Recycling, mental health etc. Your support would be greatly appreciated! 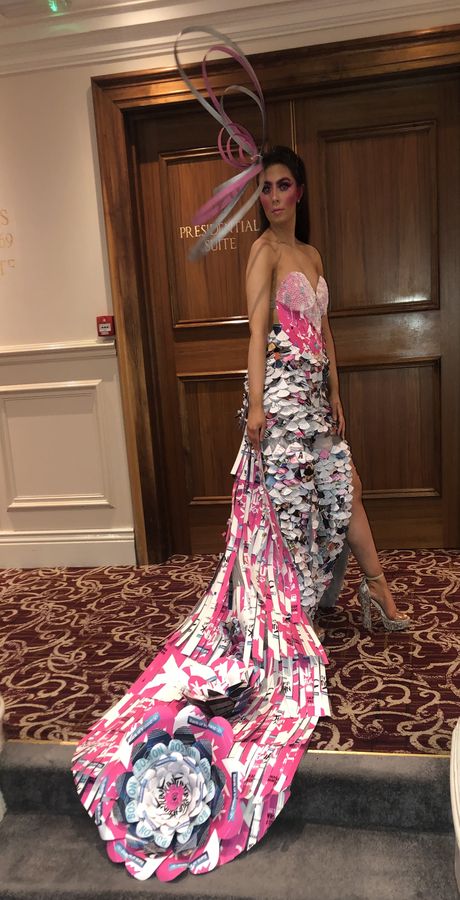 Our outfit is called ‘Junkerina’ made by Shauna Tynan and Meabh Doyle and modelled by Meabh Doyle. We are Transition Year Students. We made the outfit from old net curtain, turkey feathers,broken jewelry, old Christmas decorations and old ribbon. The theme of the outfit is a ballerina as the model always wanted to be one when she was younger. We would really appreciate everyone’s support!! 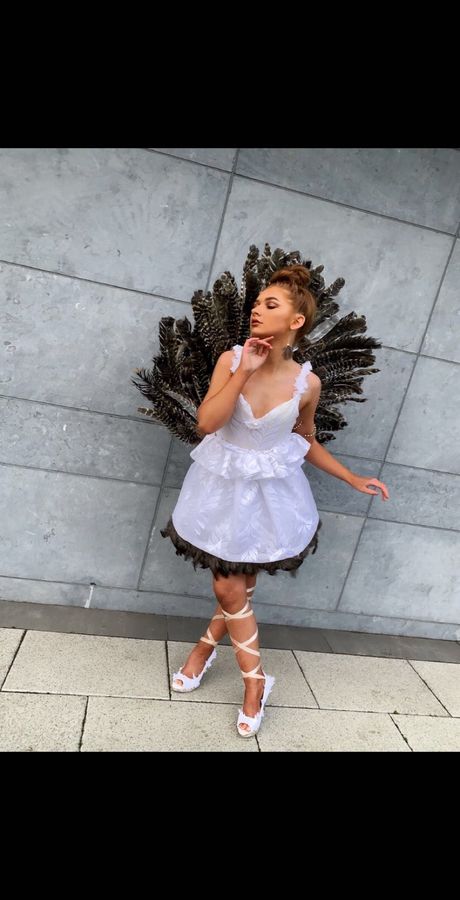 This outfit called ‘Medusa’. It is inspired by the Greek mythological creature. It was made and modelled by Aoibhinn Quinn, Transition Year student.

The outfit was created to raise awareness for snake poaching. It shows the true beauty of the snakes skin when it is shedded naturally rather than hunted for. It is made from shedded snake skin, old rubber bands from a blood bank, scrap metal, an old bedsheet and old toy snakes. 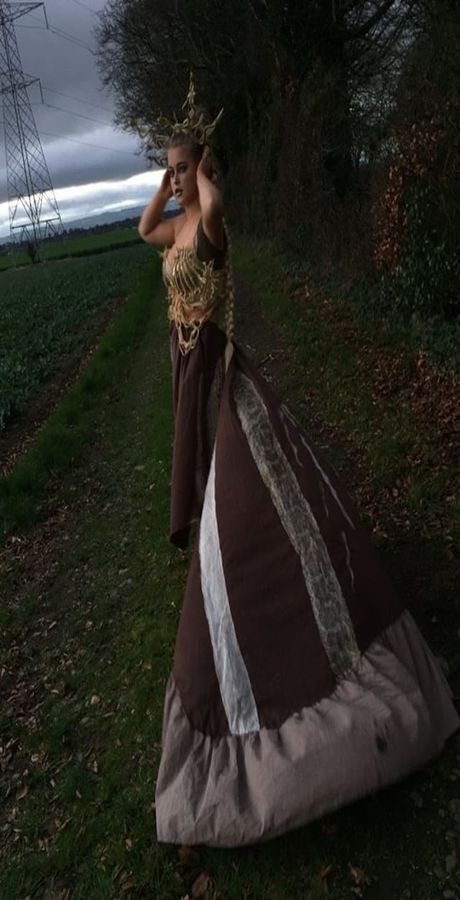 This outfit was made by Phoebe Coleman and modelled by Dylan Hanley, both transition year students. The name of our outfit is Natural ephemeral ;ephemeral meaning  “things lasting a short amount of time “ .The outfit is made from coffee cups , evergreen leaves , hessian , coffee grounds and recycled fabrics . The theme is polar opposites; The coffee cups on the jacket are single use items and then turn into litter, which is a problem because it damages areas where we live , it also possess a threat to the public health due to the harm caused to water systems , oceans as-well as rivers . Whereas leaves and coffee grounds are both natural and decomposable . Therefore I made this outfit to raise awareness. We would really appreciate your support during the regional voting. 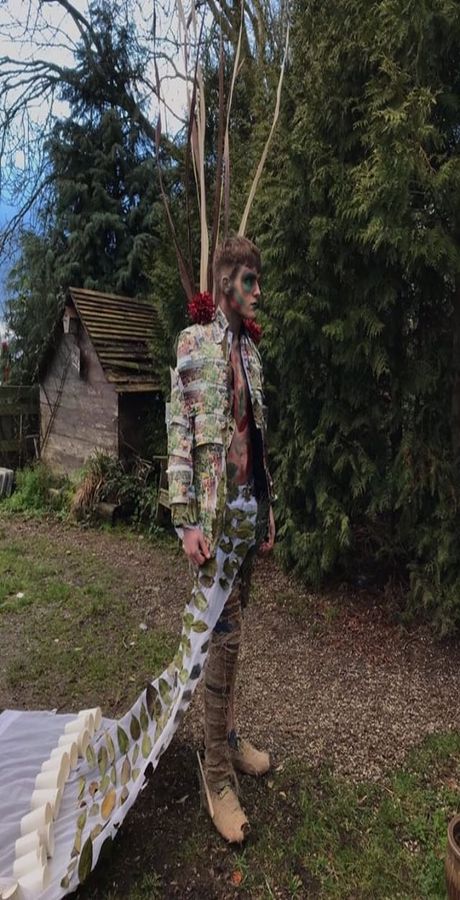 There is a Regional finalists vote happening all of next week over mid-term (18th-22nd of February). We are in the Eastern Region. Whoever wins the vote in each region gets 10% of their marks towards potentially getting to the grand final in the 3 Arena later on in the year.

People can vote every day for as many outfits as they wish and throughout the week they can collect more votes by sharing the outfits etc to be able to spend all on one outfit on super Friday.

Voting is on app.junkkouture.com and we would really appreciate everyone’s support throughout next week! Please share this with everyone you know as every vote counts!