In April, at an event in the Seven Oaks Hotel, Carlow, District 133 (Ireland) Young Ambassador of the 21st Century for 2018, Darren McDonald, was presented with his winners bursary of €600. The presentation was made by Mr Paddy McDermott, President of Carlow Lions Club, Darren’s sponsoring club. The club also very generously topped up the amount to €1,000.  This will be put towards Darren’s Young Ambassador project, which he calls “The 6K Project”. This project is aimed at raising €6,000 by the end of the current school year to help with the purchase of a new wheelchair accessible bus for St Laserian’s Special School, Carlow.  The school has already raised €11,000 from other sources and Darren’s objective with the 6k Project is to provide the balance needed to fund the new bus to replace their existing one which is 25 years old.

The presentation was followed by a sold out “Dance for Diversity” social dancing fundraiser, organised with the support of the Lions Club and Tullow Community School, where Darren is a final year student.  The night was a major success and great fun was had by everyone who attended. Thanks to all who sponsored prizes on the night including Rathwood, Walsh Whiskey Distillery, Cleo McCann, 10th Planet Jiu Jitsu Carlow, Tullow Community School Parent’s Association and St Laerian’s. A special thanks to Sean O’Brien who called to the school to meet Darren and sign a Leinster Rugby shirt and ball for the raffle.

Other fundraising activities that Darren has organised as part of his 6K Project have included a sponsored two day ‘Bag Pack for Diversity’ in his local supermarket, a non-uniform/ fancy dress for world book day at his school (‘Don for Diversity’) and a coffee morning at his local youth club. He has also received a number of individual donations. To date, with the support of his school community, Carlow Lions Club, and his family and friends, Darren has collected over €5,000.  So, he is very close to his €6,000 target and is confident that with the continued support of the community he will reach his goal. More fundraising events are planned, including a second bag pack and a ‘Do Without for Diversity’ where students will give up technology for 24 hours. Darren has also launched a GoFundMe page  at https://www.gofundme.com/DarrenMcDonald where anyone who wishes can make a donation to this very worthy cause.

A very important element of Darren’s project is the association with St Laserian’s and this has strengthened as a result of the fundraising activities. At each event, Darren and his team try to promote diversity in education and to inform the public of the need for diverse teaching methods and resources in mainstream as well as special needs schools. Darren’s school, Tullow Community School (TCS), have been extremely supportive and a virtual twinning of St Laserian’s with TCS has resulted.

Darren chairs his local youth club, which runs a drop-in centre called “Café Jam Rock”. At one of the fundraising events a casual conversation between a Tullow Youth Project worker and a wheelchair bound student from St Laserians resulted in a realisation that there is no access to youth club facilities for young people with special needs in Carlow. To address this Darren has put together a plan that will see the new bus being used for regular access to Café Jam Rock for St Laserian students.

The Young Ambassador of the 21st Century Award Programme is operated by Lions clubs throughout Europe and is aimed at recognising, encouraging and supporting young people (between the ages of 15 and 19) who are active in the welfare of their communities.

At the District Finals in Dublin in January Darren faced stiff competition from some highly impressive young people from throughout the country. However, the judges were particularly impressed by his sustained commitment to helping others and this commitment is certainly reflected in the way he has gone about implementing “The 6k Project”.  Darren will now represent the District at the European Young Ambassador Finals at Europa Forum in Skojpe, Macedonia, in October. 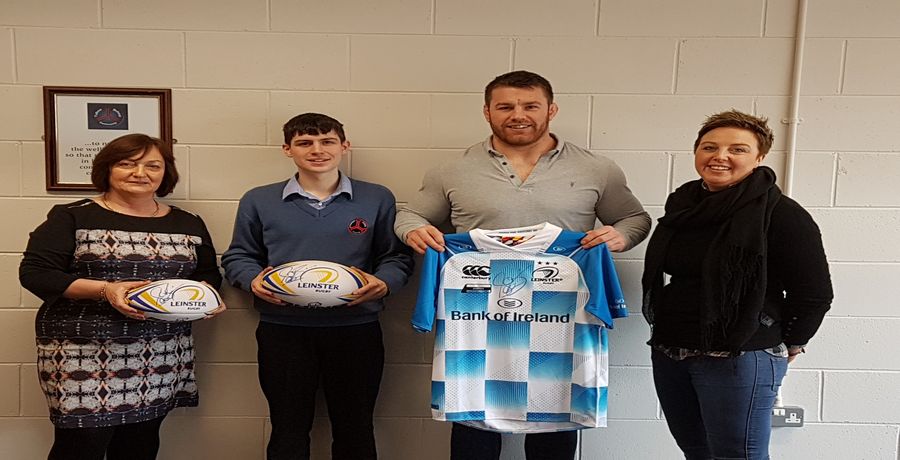